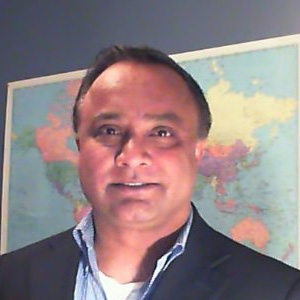 I am questioned everyday! Why hasn’t someone built another Concorde? Why haven’t we gone back to the moon or to Mars?  Why are we flying essentially the same planes for over 60 years? I hear it from students, customers, investors, the media, and even engineers. They see the rapid evolution of computers, software and the Internet, but not the lightning fast changes in aerospace or aviation.

I completely understand their longing for the excitement of the Apollo program or the days of supersonic flight, or the hope of moon and Mars bases in our lifetimes. Seems like all of these are distant memories and dreams only folks over 30 share. I watched Neil Armstrong take his first step on the moon and thought I would be doing that soon.

We have been stuck using the same jet engine technology for the past 60 years. Boeing’s 787 flies at exactly the same speed as the first Boeing 747, built in the 1960s. The Concorde came and went, but few understand that it was the economy after 9/11 not the design that ended its reign.

However, behind the scenes, technology in aerospace and aviation fields is changing rapidly. Soon, those changes are going to usher in a new era of aviation. My prediction is that in the next 10 years, aviation will change more than it has in the past 50 years.

High-speed computers and software as enablers

The latest generation of high speed desktop computers combined with CFD software cuts hundreds of millions of dollars spent on early-stage wind-tunnel testing. Now aircraft engineers can run simulations on their designs before spending time and money building a single part. Total cost? Just a few thousand dollars for the hardware and software.

What this means is that aircraft companies can experiment a lot more than they ever could before. They can test out all sorts of designs, find the most optimal solution, spend less on R&D and build a safer, better and more efficient aircraft.

International travel is growing rapidly and businesses need faster ways to get to destinations so they can manage their operations and meet with their customers. A number of advances in various technologies now make it possible to design and build a new supersonic business jet to meet this growing demand.

The industry and FAA are implementing NextGen, a new air traffic control system that will enable more direct flight paths between cities, reduce congestion, save fuel and improve safety. NextGen replaces an out-moded air traffic system that dates back to the 1960s.

This aviation system depends on a number of enabling technologies including GPS satellites, advanced software, faster computers, reliable networks and graphics capabilities. These technologies have been available to businesses for 10+ years, but are finally reliable and robust enough to safely guide thousands of aircraft simultaneously.

Digital camera technology has advanced so much in the past five years with capabilities including low-light, fast frame and wide dynamic range all in an incredibly tiny, reliable package. Similar advances have been made in video controllers, flat-screen displays and compression software.

One aircraft company (Spike Aerospace) is utilizing these technologies and its own proprietary elements to design the first windowless cabin aircraft. Passengers will be able to view exactly what is going on outside, work on a presentation, watch a movie or select a number of other scenes stored in the system. If they prefer, they can dim the screens and fall asleep.

But the technology also enables the company to design a stronger fuselage without the stress and drag associated with windows. They can improve structural integrity, reduce parts count, and lower manufacturing labor costs.

3D Printers are not just for hobbyists

3D printers have been all the rage for hobbyist eager to make replacement chess pieces or parts for their train set. But in a very short time, they have evolved from making plastic parts, to printing just about everything including a human ear, kidneys, skin, pizza, candy, bicycle frames, and jet engine parts.

General Electric, Rolls Royce and others have been experimenting with very sophisticated 3D printers to fabricate high precision parts for their jet engines. Starting with fuel injection components and fan blades, they hope to shift a lot of the mill work to 3D printers. For the moment, the companies are still testing the parts for strength, durability and tolerance.

Eventually, these 3D printed parts will come at much lower costs and higher adherence to specification than ever possible before. Aircraft companies will be able to test new design ideas without the huge upfront expenses of dies, molds, tooling and manufacturing lines. A simple printer can just crank out the part in a few minutes or a few hours.

For a few decades now, most large commercial airlines fly in auto-pilot mode for the majority of the flight. The pilot typically takes control only for take-offs and landings. Of course they are there to take control, just in case something goes wrong.

But the auto-pilot technology is getting so sophisticated and reliable that the system can actually land the plane better than most pilots in most weather conditions. The Europeans have started testing a mid-sized commercial airliner, replacing the pilots with a fully automated computer system. Don’t worry there are no passengers in these test aircraft, and test pilots are on board to take over, just in case.

Having the computer fly the plane eliminates conditions where the pilots are fatigued or distracted. But it also eliminates inconveniencing passengers when an aircraft has to be grounded because pilots have exceeded allowable duty time.

The future is bright

I love the future and all that it holds in store for us. I hope I live at least another 100 years just so I can experience all the cool things that are yet to come. Some people would travel in to the past. Not me, I would time travel 500 years into  the future.

The Evolution Of Commercial Office Developments Through Digital Twin