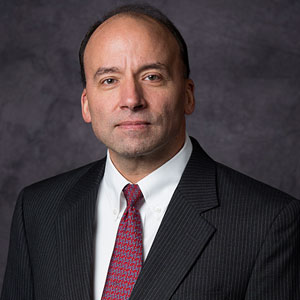 The promise of cost reductions and economies of scale achieved through virtualization has lured many technology leaders into a morass before charting a path forward on solid grounds. Indeed, virtualization is a great tool to tame the ever present pressure of expectations to do more with less.

Unfortunately, attempting to virtualize everything the marketers promise would be a kin to taking a shotgun to a biathlon event. Some business needs simply are not ripe for virtualization using the commonly available hypervisors. For example, applications with ultra-low latency requirements such as high frequency stock market trading systems and airline reservations systems, will suffer from virtualized servers, databases, and middleware. The virtualized platforms simply do not unlock the accessibility and manageability required to tune the performance so finely. Even broader usages, such as virtualizing desktops through a Virtual Desktop Infrastructure (VDI), are easier to achieve initially,owing to the ease of deployment of the commonly available and mature product offerings. However, supporting rapid growth such as through acquisitions, as well as end-user profile management and application licensing requirements can add significant complexity and cost.

Another hidden cost in virtualization is in IT personnel expertise. As a technology organization grows to support a growing business, perhaps it is common to add virtualization responsibilities to existing system administrators. If those system administrators do not have expertise in the chosen hypervisor platform or the SAN platform in use, it would be all too easy to create Gordian knots that might not be discovered until they became much more resource draining and time-consuming to repair.

I’ve encountered multiple such situations. In one organization, the class of host servers deployed over time varied greatly. The system administrators did not realize that depending on the hypervisor, the resource utilization might be reduced to the lowest classification of server to prevent overtaxing them. Doing so left large amounts of resources underutilized on a number of host servers. It also resulted in the system administrators scratching their heads, wondering why CPU and memory utilization were fully consumed on some of the host servers and very low on others. In another situation, system administrators or consultants had configured both the hypervisor and the SAN to use thin provisioning. This was discovered when the SAN ran out of disk space without any alerts being generated.

I have come across many other such issues and inefficiencies that could have been avoided with personnel expertise in the specific virtualization technology and SAN environments in use. Virtualized clustered servers lacking failover capabilities, virtualized host servers having only one guest server, and 3rd-party software licensing challenges related to virtualization are but a few other sources of hidden costs and lost efficiencies that might be encountered while pursuing the promised scalability and cost reductions through virtualization.

Disrupt Your Legacy Application Portfolio to Improve Security And...

Why a Credentialing Strategy Must be Part of Your Digital Strategy

The Convergence of IT with the Internet of Things Innovation

It’s On People: The Undeniable Cultural Impact in a Digital...

A Promising Road Ahead for Insurtech

Bolloré Logistics Australia becomes a global leader in the use of...